Are you running out of snack ideas? Maybe it’s time to explore a different cuisine to enhance your palette and to have more snack variations. If you haven’t gone to Spain or Spanish restaurants before, you should know that there’s a wide range of snacks to choose from.

Don’t worry if you’re a potato lover since they also have some recipes that can satisfy your cravings. Additionally, you can also get to taste what Spain has to offer when it comes to its merienda or afternoon snacks.

The Spaniards usually eat their merienda at around 5 pm since they usually eat late dinner. A merienda may include sweets, pastries, and savoury dishes.

But if you want to focus more on learning Spanish potato snacks, don’t hesitate to check the list below!

Are you fond of deep-fried snacks? How about deep-fried potato snacks? If you answered two yeses, you can never go wrong with croquetas. The authentic croquetas are made with bechamel sauce and some stuffings. In Spain, the most popular stuffings are Jamon, chorizo, and cheese.

However, some people also make croquetas with vegetables like potatoes, mushrooms, broccoli, and carrots. But when you visit Spanish restaurants, you can usually get those in bechamel sauce with chorizo or Jamon.

For your version, you can replace the bechamel sauce with potatoes, and still make the same steps as how it was originally created.

Patatas bravas can be consumed as tapas or snacks. It’s made of fried diced potatoes and some sauce. Usually, there are two kinds of sauces served with fried potatoes.

The first one is the spicy tomato sauce made from garlic, onion, paprika, and chili powder. Then the second one is the aioli made of tomato sauce, garlic, olive oil, and salt. However, some people use mayonnaise to replace olive oil.

As tapas, patatas bravas are usually served with a glass of beer. But if you’re going to eat it as a snack, any drinks would be a great pair. When you visit Spanish restaurants, you can also see it under the appetiser section.

Do you want to take a break from all the fried dishes? You may want to try Papas arrugadas. It’s a dish made of boiled potatoes which is why it’s also called wrinkly potatoes because when the potatoes are boiled for too long, the skin tends to wrinkle.

Similar to Patatas Bravas, Papas Arrugadas are also served with spicy sauce. In the Canary Island, they have two variations of the spicy sauce called mojo sauce. It can be green (mojo Verde) or red (mojo picon), but it always comes out spicy.

The mojo verde is made from green chili, coriander, and garlic. Meanwhile, the mojo picon is made from red chili and paprika.

Another one of the most popular potato-based snacks in Spain is the Tortilla de Patatas. It’s a Spanish omelet made of potatoes, eggs, and onions cooked in olive oil.

According to one story, it started one day a general came into a house. The housewife didn’t know what to offer them since they only have the ingredients mentioned, so she created the dish by combining them all.

Another story is when General Zumalacárregui made the dish using the leftover ingredients to feed his hungry army.

However, although the main ingredients mentioned are simple, you can also make other variations with ham, cheese, or chorizo.

Patatas a lo Pobre is a famous Andalusian side dish made of potatoes, pepper, garlic, onions, olive oil, and vinegar. The potatoes are sliced thinly and then fried in olive oil with the other vegetable ingredients. Then, it’s drizzled with vinegar and sprinkled with some parsley.

This dish can be served as a snack, a side dish, and tapas. The simplicity of the preparation and ingredients is the reason why it’s also called the Poor Man’s potatoes.

When served as a side dish, you can eat it with meats and other main dishes. The taste is not too complicated so it blends with any savoury dish.

Pincho de Tortilla is a dish from the Basque Country. It’s a bit similar to Tortilla de Patatas, but it’s more on the pastry side since pincho means bread or pastry. That’s why this dish is also considered a combination of a crustless potato pie and a tortilla.

Aside from the main ingredients of Tortilla de Patatas which include eggs, onion, potatoes, and olive oil, Pincho de Tortilla also has milk and other seasonings. However, the way of cooking is almost the same.

So if you want another twist to the usual Tortilla de Patatas, you should also try this one. Make sure to order both when you visit Spanish restaurants so that you can see and compare the difference.

Now that you have a lot more options for potato snacks, it’s time to try them all. Let us know which Spanish potato snack you prefer the most by leaving a comment below!

ABOUT THE AUTHOR: Aliana Baraquio is a web content writer who also loves cooking dishes from different countries. If you want to experience a Barcelona-style restaurant that serves high-quality food, and a modern, contemporary, fresh feel from the south of Europe, visit TAST Catala Spanish Restaurant.

Top factors to think about while developing an e-commerce website

How can increase sales through digital marketing? 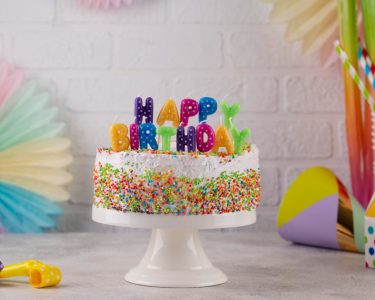 The Ultimate Guide to Choosing the Best Birthday…

10 Incredible Seafood Dishes to Try Around the…